Some time ago i had the idea of writing myself a Pymol script to get some cool POV-Ray input files.The point is to achieve some effects that are not possible within of Pymol(lumination of an atom for example). This weekend I had some time to work on this idea, but not as much as I would like too ]:(. First of all i took a look at the PymolWiki and starting from this simple script I added some settings of my own. Here are the first results. I loaded the water cube ("water.pdb", shipped with the pymol install) and played a bit with it.

This is the output from Pymols internal renderer: 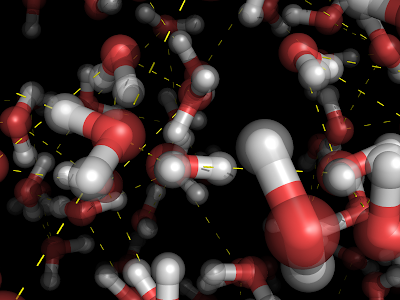 And this is my script-generated POV-Ray equivalent: 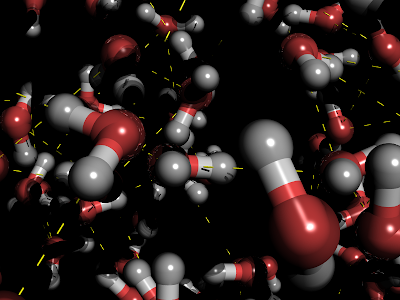 Looks promising. I set the refraction to 1.5 to get that glass-like effect. The next step that I'll do is probably get the image rendered within the pymol window and write some GUI for the settings.
]:)
Autor: Lightnir o 12:39

Dave, you are improving your abilities :) Good boy :P

I know you? I don't think so